Back To All Posts

I have previously made blog entries regarding blower door shell testing on new home construction to locate and address air leaks within the building envelope of conditioned space. These tests are conducted by an independent energy auditor once a new home is tight to weather and typically after it has been insulated. Recently, we conducted such a test on a new project which was constructed and insulated similarly to other projects that we have tested. The test resulted in 0.85 ACH/50. Pretty good numbers!

Other similar homes tested somewhat higher and as I think about the differences between these projects the one item that I can identify that could be the reason for the improvement is that on this recent test every window in the house is either a casement window or a fixed window whereas the other homes we have tested had a mix of casement, awning, and double-hung windows. The window manufacturer (Andersen) and model (A-Series) were the same in all of our test homes.

Some of our homeowner clients have voiced their preference for not having any casement windows in their new homes but for those that are not opposed the casement window style does have an energy performance advantage when a house is under negative pressure (windy weather). 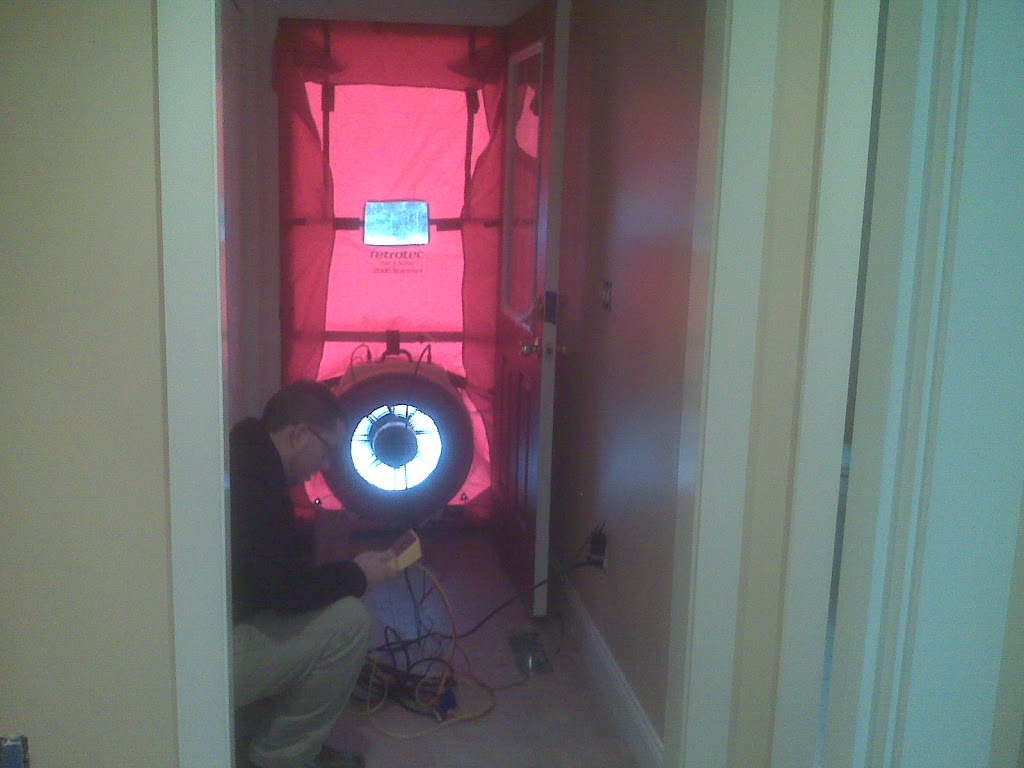 Get started with your new Maine home.